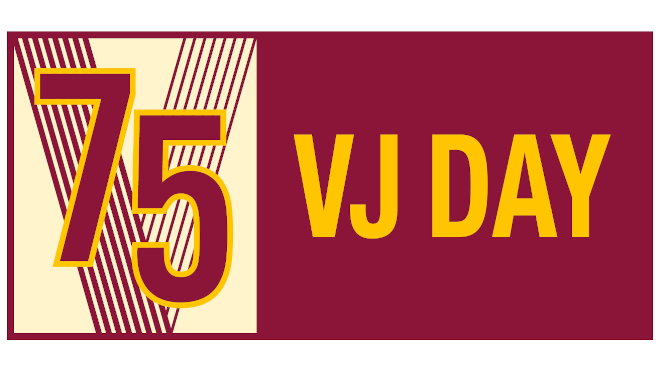 Why commemorating VJ Day is important

Because the war in Europe took understandable priority, resources allocated to the Far East were necessarily limited and put allied forces at a distinct disadvantage. Many men were killed in the action and their ultimate sacrifice has to be remembered.

Many men became prisoners of war and suffered considerably under their Japanese captors for the 3½ years of their captivity. As illustrated in accounts later it was clear that the experiences of survivors adversely affected many men for years afterwards.

The Far East campaign was one of the longest fought by the British during the Second World War. Remote from the experience of most people at home, and often side-lined in the contemporary press, it became known as the 'Forgotten War'; the troops serving there were the 'Forgotten Army'.

With a continuing need for us all to remain vigilant to the threat of Coronavirus and the need to continue practicing social distancing, we are again turning to the digital realm for our commemoration of VJ Day 75.

Read more about World War Two in the Far East: Far East battle campaigns, the Leicestershire Roll of Honour, the Leicesters through the lens, personal contributions and portraits from the Malaya Campaign and the Chindits.

Did you know that there is currently no single roll of honour which includes all those from Leicester and Leicestershire who were killed during the Second World War?

The 75th anniversary of VJ Day is the right time to try to put that right. Our generation owes that to those who perished, and it can be our legacy for future generations. All those who paid the ultimate sacrifice deserve to be honoured and not forgotten.

Shirley Barnes has been compiling a record of these men. Her Burma list has further work to go and so is not yet available to view. Her Malaya list (below) is well advanced, but as a work-in-progress Shirley would like to hear from you if you are able to add to the Malaya record, or spot an error. Or if you wish to provide a name for the emerging Burma list. If you can contribute please email lieutenancyoffice@leics.gov.uk and your contribution will be forwarded to Shirley.

Currently the City and County Councils hold records of service personnel who were killed, collated from local war memorials. But we know that the information is not complete, particularly names recorded on Commonwealth War Graves.

We need your help to complete those records and only then can a single Roll of Honour be created for all those from the city and county who lost their lives in the Second World War.

The records that have been collated to date can be found here:

If you know of anyone not recorded please get in touch and let us know. Email: warmemorials@leics.gov.uk

WE WILL REMEMBER THEM WITH YOUR HELP