Voluntary group helping to feed the vulnerable during COVID-19

200 meals a week are being delivered across North West Leicestershire 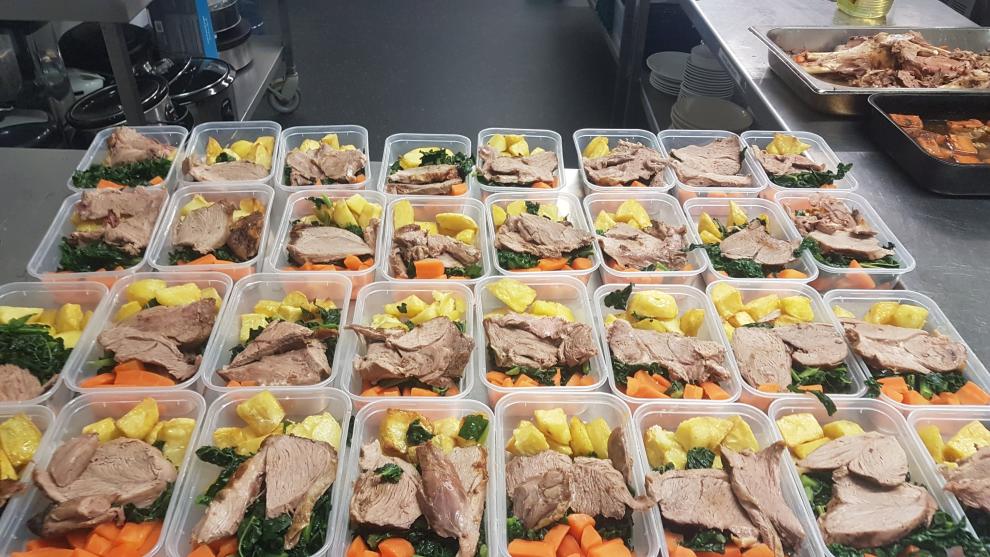 Two community groups in Leicestershire joined forces to cook and deliver 200 meals a week to the most vulnerable during the coronavirus pandemic, thanks to one of our schemes.

The Communities Fund was launched so that organisations were able to continue to carry out vital work across the county. It saw 160 community and voluntary groups receive a slice of a £1.5m pot.

Now, we are celebrating the selfless acts of kindness that have made a huge difference to the lives of people in Leicestershire since the outbreak of COVID-19 as part of Volunteer’s Week (1 to 7 June).

The Coalville Education Partnership (CEP), which delivers education to excluded students, after school activities as well as community lunches to people facing poverty, is one group carrying out vital work and received £22,700 from the fund.

Jason Knibbs, of the CEP, said putting its catering kitchen to good use and cooking for those in need was a ‘no-brainer’.

He said: “Before COVID-19 we used to cook for older and vulnerable people once a week. However, that had to stop.

“We’ve got a catering kitchen with equipment and a contract with the charity FareShare, so we decided to make a difference and provide meals for communities in North West Leicestershire.”

Jason and his small team of cooks and support staff receive a variety of food and do not know what they will get until its delivered. From there they create meals such as Spanish chicken, roast dinners and cottage pies.

Jason said: “Without the Communities Fund we would have closed. We and the community response group are making a massive difference for the people in North West Leicestershire. The reception we’ve received from the community has been fantastic.”

While the CEP creates hundreds of meals a week, a team of 60 volunteers from the Hugglescote, Donington Le Heath and Coalville Community Response Hub deliver the meals twice a week.

Founder of the community organisation, Jade Edwards, said that she only started out cooking meals for her mother.

The mum-of-four, from Coalville, said: “I’m a carer for my mum, so when the government restrictions came in I took meals round for her and her neighbours asked for help with meals and shopping.

“I put what I was doing on social media and asked for people to adopt a street to help vulnerable people and within two weeks I had more than 40 volunteers.”

Jade said the work that was being carried out was helping to ‘save lives’ during the pandemic.

She said: “I love delivering meals in the community and seeing the smiles on people’s faces.

“What we are doing is making a huge difference and I’ve had people say that they wouldn’t be here if it wasn’t for the service we are providing.”

It’s great to see that groups are doing all they can to keep communities thriving during these challenging times and I’m proud that we’ve been a part of it.

“It’s never been more important for communities to band together and support each other. These awards have helped groups to continue their crucial work and step up activities to support vulnerable people and those isolating.

“I’d like to thank our volunteers and community groups for their fantastic work and for keeping the community spirit going and would urge those making a difference to celebrate the difference they are making in their area.

As part of Volunteer’s Week, people are being urged to share what difference volunteering is making. Post your stories and pictures to our social media accounts using the hashtag #VolunteersWeek