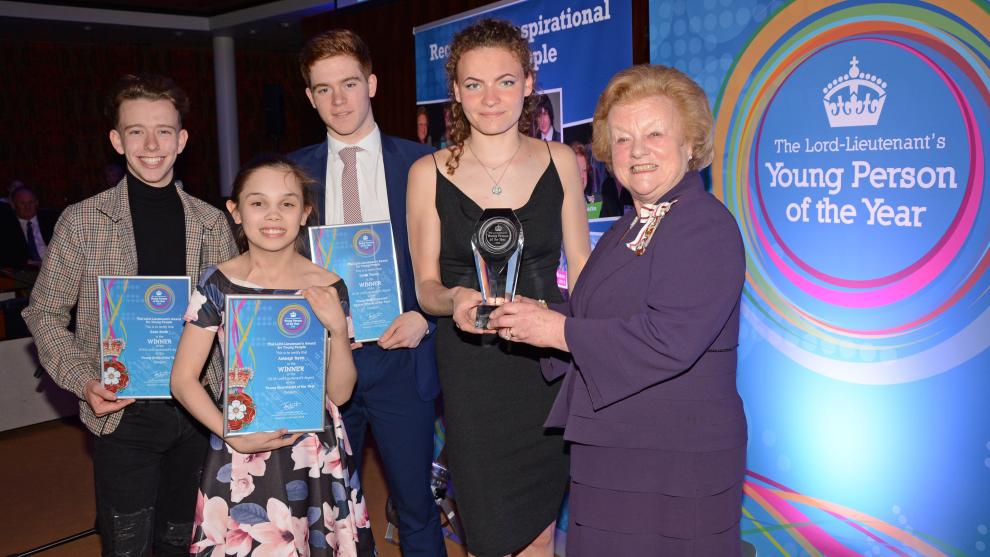 Bravehearts, volunteers, athletes and artists received coveted accolades in front of friends and family at the Lord Lieutenant's awards held at County Hall.

Youngsters from across Leicester and Leicestershire were recognised for some of the most remarkable examples of dedication, going above and beyond to help others, and outstanding personal achievements.

The winners in each of the four categories were:

The four young people were all considered for the overall award of the Lord-Lieutenant’s Young Person of the Year, and the top prize went to Kristiana.

In 2017 alone, Kristiana devoted an incredible 350 hours of her own time to helping other people, including volunteering in schools, for a local charity and at community festivals and events.

The 18-year-old said that she was “amazed” to have scooped the main prize and hoped to further her work with others in the community.

I’m grateful to be recognised with this award. Volunteering is really good for young people and opens up a world of opportunities.

I want to help others have the same chances to explore and have adventures as I have. The best thing is meeting lots of different people and making contact.

Person:Kristiana Groza, 2018 winner of the Lord-Lieutenant's Young Person of the Year award

During the ceremony a minutes silence was held as a tribute to Leah Reek, who was tragically killed in the Hinckley Road explosion on February 25. Leah had been shortlisted in the Young Volunteer category.

The achievements of young people often go unnoticed by the wider community and I hope that the awards help showcase some of the remarkable work going on across Leicester and Leicestershire.

As always, it was humbling to hear of the outstanding achievements of the finalists, who were all so deserving of this recognition.

Along with family, friends and nominators, the event was attended by previous Lord-Lieutenant Award winners.

The awards were sponsored by a variety of organisations offering services to young people, including Leicestershire County and Leicester City Councils, together with universities and the business community, and seek to identify and reward the very best examples of achievement by young people locally.

The Lord-Lieutenant's awards are now in their 12th year