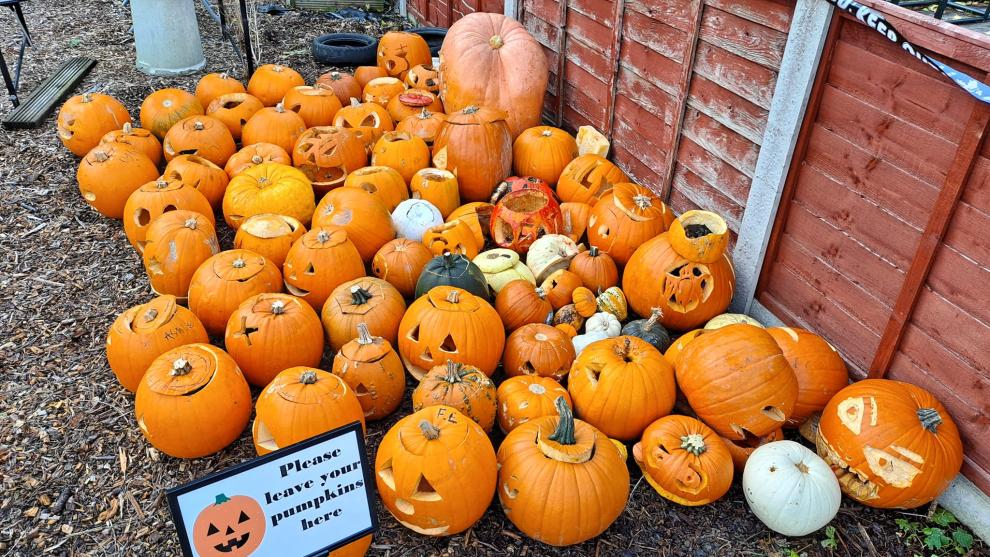 The county council and the city council are both asking residents to get ahead of the ‘carve', in a bid to reduce scary quantities of waste and keep costs down.

From decorations and costumes to pumpkins and surplus food, the amount that goes into the bin each Halloween is reaching frightening proportions.

For example, it’s estimated up to 22 million pumpkins are binned in the UK every Halloween – but the flesh, seeds and even the stringy bits can be used instead to serve up some delicious treats.

Once the pumpkin lantern is no longer needed, if it can’t be eaten, it can go in a compost bin. Leicester and Leicestershire residents can purchase a discounted compost bin.

Homemade treats, such as pumpkin cupcakes and brownies, can also be made with surplus food, and offered to trick-or-treaters or for your own spooky Hallowe’en party.

However, it’s not just food waste that increases at this time of year. Two out of every five Hallowe’en costumes get thrown away after just one wear, which means an estimated seven million items of Halloween clothing are sent to landfill every year in the UK.

Families can get creative and make their own from household materials – such as toilet rolls and cardboard that can be recycled later.

Residents can also buy pre-loved items and ensure old costumes get a second lease of life by donating them after the spooky season to a local charity shop, or the Reuse shop at the city council’s Gypsum Close recycling centre.

Every action you take can make a huge difference and help us protect the planet. We would encourage you to create your own treats, costumes and decorations where you can and to dispose of Halloween items correctly.

Making full use of your pumpkin and taking textiles to a charity shop or textile bank can help to reduce the environmental impact, and help create a cleaner, greener Leicestershire.

Person:Councillor Blake Pain, cabinet member for the environment and the green agenda

Themed events are being held in the city and county, including cooking classes and a pumpkin smash at Stokes Wood allotments in Stokes Drive, Leicester – where carved pumpkins are composted.

Spooky tips and tricks on recycling and reducing waste at Halloween are available on the Less Waste website.

Applications for autumn 2023 intake need to be made by Sunday, January 15

The awards celebrate the very best examples of effort and achievement