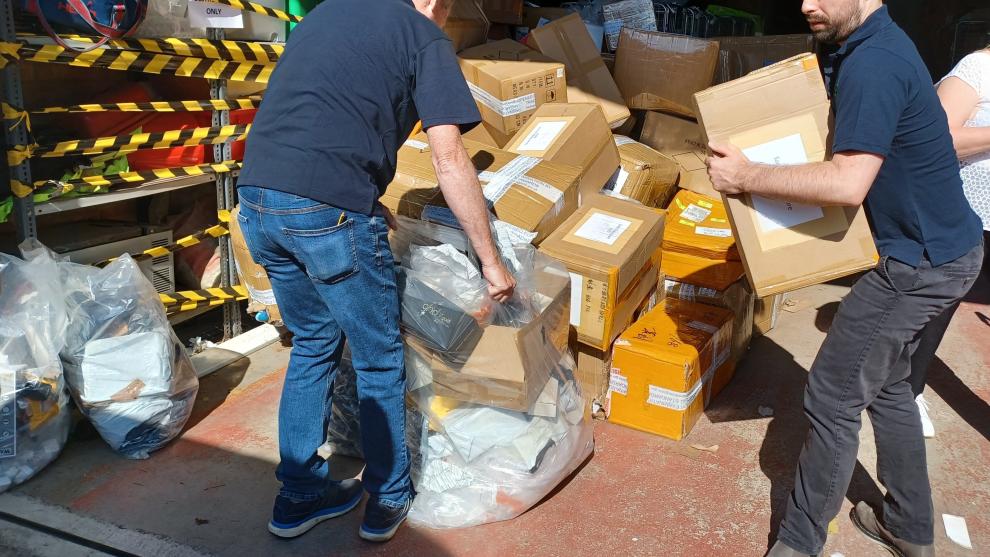 In the past year, Leicestershire Trading Standards has intercepted and seized more than 521,000 unsafe or non-compliant items coming in through East Midlands Airport – and stopped potentially dangerous goods making it into shops and online marketplaces.

The seizures are worth just over £17 million and include electrical goods which could overheat and cause a fire, toys which failed to meet UK safety standards, jewellery with high levels of hazardous metals and cosmetics containing toxic ingredients.

The non-compliant seizures are mainly for consignments which are incorrectly labelled or where the importers do not have the correct paperwork. In these cases, the team works with the importers to help them correct the issues and release the goods for sale.

The airport team works in partnership with Border Force on the nationally-funded project at East Midlands Airport. The partnership is intelligence-led, which means that Trading Standards and Border Force can target resources in the areas of highest risk, with potentially unlawful and non-compliant consignments being identified, targeted and then intercepted.

Most of the seized items are destined for sale at large online marketplaces, where they are sold on behalf of the importer.

Since the Covid pandemic and Brexit, the Trading Standards airport team has also seen an increase in the number of people importing cheap goods to sell from their homes to make money – not realising that this makes them importers who are responsible for complying with all the relevant safety legislation.

East Midlands Airport is the UK’s second busiest cargo airport, handling more than 320,000 tonnes of flown cargo each year. The role of Trading Standards and Border Force is to examine imported items and take enforcement action, to ensure that consumers are not exposed to unsafe and dangerous products.

Our Trading Standards team, in partnership with Border Force, carries out vital work which enhances the safety of consumers in Leicestershire and the wider UK as it ensures that unsafe goods do not make their way into the supply chain.

All these products which have been seized either present a danger to the public, or are substandard, so it is crucial that they are intercepted and either made safe or sent for recycling.

A large haul of unsafe and counterfeit items seized by the team at East Midlands Airport – including jewellery, cosmetics, electrical good and counterfeit sportswear – has been collected from the secure storage unit at County Hall and taken for recycling by specialist disposal company De-Struct.

The disposal is for items seized since the last collection in May – and represents more than a tonne of goods.

De-Struct has taken them to its site in Nottinghamshire, where all components will be processed and recycled.