Find out what it means for our services and current restrictions on what you can and can't do.

Find out what it means for our services and current restrictions on what you can and can't do. 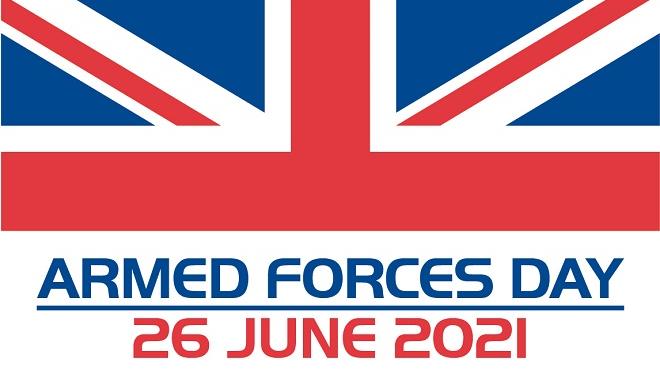 For more than a decade here in Leicester and Leicestershire we have celebrated Armed Forces Day with a service at Leicester Cathedral and a parade of service personnel, veterans and cadets through the city centre.

With Coronavirus restrictions starting to lift, we remain cautious during this time and are still unable to celebrate our Armed Forces in this way. However, there are still ways we can continue to show our support to the Armed Forces family.

As a continuation of last year’s campaign, we invite you once again to pay tribute to the British Armed Forces community, for their hard work, dedication and efforts to keep us safe in the UK and across the globe, by taking a photo of yourself doing a salute.
To join in, simply send us a photo or video of yourself or your friends and colleagues saluting.

You can submit your images in a couple of ways:

Your photos will be available to view on our Flickr album and will be used to create a virtual parade, which will be shown on the display screen in Green Dragon Square during Armed Forces Week..

The technique for saluting in the Navy, Army and RAF is demonstrated in these short video clips below:

For our @LeicsLieutenant #SaluteOurForces Twitter campaign, it's not necessary to offer a precise salute. We just want to capture the spirit in which your salute is given. Please do get children involved as well.

Both the city and county councils will be flying the Armed Forces Flag from Monday 21 June 2021 at council premises. The flag, which marks the start of Armed Forces Week, will fly until dusk on Armed Forces Day, which is Saturday 26 June 2021.

On Saturday 26 June, Leicester Cathedral will livestream a service to mark Armed Forces Day. Unfortunately, due to easing restrictions for public events, guests will be limited, but will represent all members of the Armed Forces, including serving personnel, veterans and cadets.

A copy of the Order of Service will also be available on their website.

The cadet movement provides fantastic opportunities for our young people, who usually play a very active part in our Armed Forces Day celebrations. We invited a cadet and cadet leader to talk to us about their experiences of the cadet movement.

The Lord-Lieutenant’s Army Cadet Corporal Saxon Nugent has told us about his experience of being a Cadet (video).

Relive the 2019 parade with video footage posted by Leicester Media: