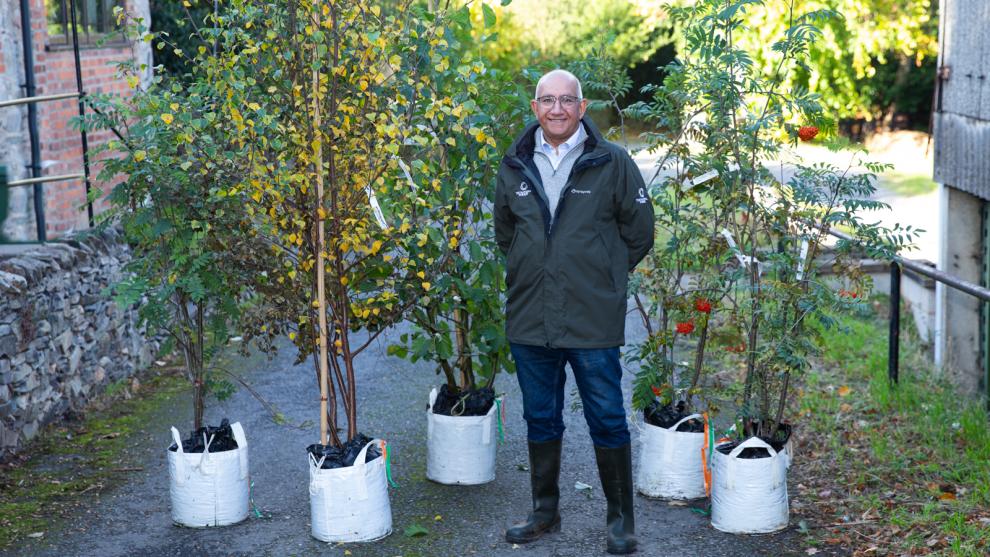 The Queen's Green Canopy (QGC) has selected five Leicestershire organisations to receive special trees from the Tree of Trees, the Lord Lieutenant of Leicestershire has announced.

Rowan, silver birch, and alder trees are among the five trees selected to come to the county. The five trees were among 350 saplings that formed the 69-foot-tall Tree of Trees sculpture in front of Buckingham Palace during the Platinum Jubilee celebrations in June.

The recipients who have been chosen to receive the trees are LOROS, Rainbows Hospice, Bradgate Park Trust, Abbey Park in Leicester and Welland Park in Market Harborough.

I was asked to nominate five deserving organisations, which was difficult to do, but I felt that these five recipients were well deserving in receiving one of the trees.”Person:Mr Mike Kapur OBE, Lord-Lieutenant of Leicestershire

They join more than 300 organisations from across the UK announced by the QGC as recipients of the special trees, which are gifted in a pot embossed with Her Majesty’s cypher.

They will be officially planted by each recipient in the coming months. The recipients will each plant a sapling in the pot embossed with the Queen’s cypher, which will be gifted to another local organisation in the coming year. Every year, this will be repeated.

The trees are part of the living legacy in honour of the late Queen, joining over a million trees already planted across the UK as part of The Queen’s Green Canopy - an initiative to plant trees to mark the Platinum Jubilee in 2022.

The QGC initiative has been extended to the end of the planting season in March 2023, to give people an opportunity to plant trees to honour the life of HM Queen Elizabeth.