Sgt Bert Black is thought to be the only Battle of Britain pilot to be buried in Leicestershire. 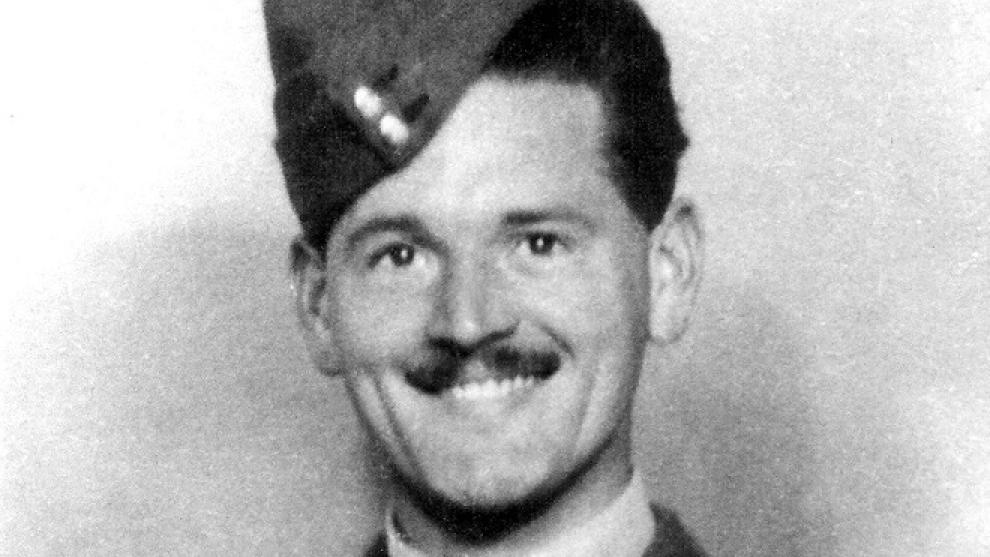 A Second World War pilot who fought in the Battle of Britain and who was killed in action following an aerial dogfight with the Luftwaffe is to be honoured with a Green Plaque in his home village of Ibstock.

Sergeant Herbert Black RAFVR – known as Bert – was born Measham in 1914 and moved to Ibstock while a child. He attended Dixie Grammar School in Market Bosworth and joined the Royal Air Force Volunteer Reserve just after his 23rd birthday in 1937. On 1 September 1939, the day that Germany invaded Poland, he was called up to serve full-time in the RAF as a front-line pilot.

On 29 October 1940, Sgt Black and his fellow pilots attacked a Luftwaffe force at 22,000ft over Deal in Kent. The German fighters suffered heavy losses. Sgt Black managed to bail out of his burning Hurricane as it fell 20,000 feet. He suffered severe leg injuries and facial burns and died in Ashford Hospital with his wife by his bedside 11 days later, aged 26.

He was buried in the churchyard at St Denys’s Church, where he was married just five months earlier. Sgt Black is thought to be the only Battle of Britain pilot to be buried in Leicestershire.

The Green Plaque, awarded by Leicestershire County Council, will be unveiled on Thursday 13 October at the Waggon & Horses public house in Curzon Street, Ibstock, where Sgt Black lived with his family for most of his short life.

Sgt Black was nominated for the Green Plaque by Dixie Grammar School – where there is a piece of the Hurricane and a plaque in Sgt Black’s memory - and John Reed of the 617 ‘Dambusters’ Squadron Association.

“Sergeant Bert Black was a true hero, and his bravery and sacrifice is an example to us all. I cannot think of a more fitting person to be honoured with a Green Plaque.”

More information on the Green Plaque scheme can be found on the Leicestershire County Council’s Green Plaques web page.