“We all stand in solidarity with the people of Ukraine in opposing the horror which is being unleashed upon them by Russia and that each and every one of us stands ready to help, however and wherever we can." 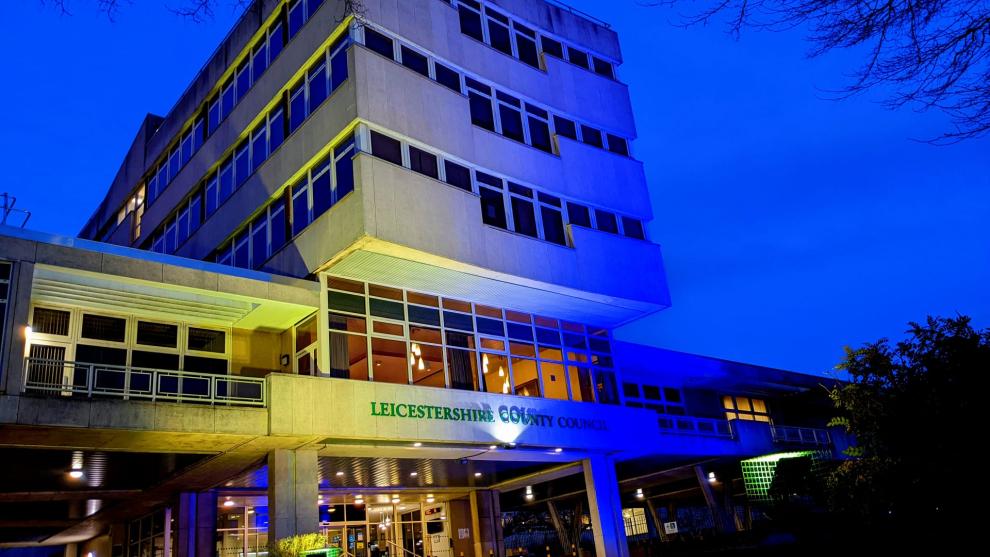 Senior leaders at Leicestershire County Council say the county has a moral duty to be ready to help Ukrainians fleeing the Russian invasion.

Today councillors Nick Rushton and Deborah Taylor have stressed the need for the county to unite in support of Ukrainians suffering violence as the Russian military assault intensifies.

Cllr Rushton, leader of the county council, and Cllr Taylor, the deputy leader, have jointly written to Leicestershire members of parliament, district and borough leaders, and parish councils raising concerns about the humanitarian crisis unfolding in Ukraine.

In the letter, also sent to Leicestershire’s police and crime commissioner Rupert Matthews and chief constable Simon Cole, they urge people to be ready to help refugees who may end up in the county seeking refuge.

The Government has today said the UK could take in more than 200,000 Ukrainian refugees displaced by the continuing violence.

Without any ceasefire imminent, it is inevitable more people are fleeing the country.

We all stand in solidarity with the people of Ukraine in opposing the horror which is being unleashed upon them by Russia and that each and every one of us stands ready to help, however and wherever we can.

The UK government will undoubtedly be writing to all local council leaders asking us for our help and expertise, to make the national plans work locally.

As local leaders, we all have a moral obligation to do all that we can to help the people and government of Ukraine, and to do what we can in the effort to stop Russia from wreaking more havoc in Europe.

The councillors added: “United we will stand in the opposition of tyranny, and I’m certain that ultimately, Putin will fail but in the short-term, Ukrainian children and families need our help.

“With your collective help and support, we can ensure that those fleeing war can look forward to a safe and happy home in Leicestershire.”

Leicestershire’s County Hall headquarters is currently being illuminated after dark in the Ukraine’s nation colours, blue and yellow, as a gesture of solidarity with the country.