Coronavirus restrictions remain in place across the country – here’s the latest information on our services.

Coronavirus restrictions remain in place across the country – here’s the latest information on our services. 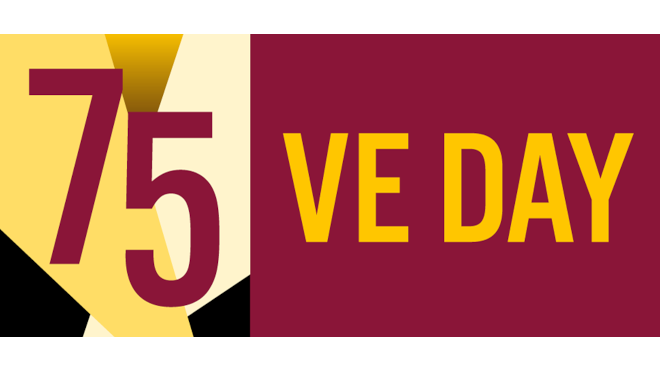 In line with expert medical advice VE Day 75 events have been scaled back across the country and here in Leicestershire our planned service at Leicester Cathedral will no longer take place, but there will be a virtual service – see below.

But it is still possible for communities and individuals to celebrate VE Day 75, and this page provides information on how everyone can continue to pay tribute to the Second World War generation.

Friday 8 May 2020 marks 75 years since VE (Victory in Europe) Day when the Second World War came to an end in Europe. The long anticipated news resulted in spontaneous celebrations breaking out across the nation. A national holiday was declared and people from all walks of life came together to mark the moment.

The war in the East did not end until 15 August 1945, when Japan surrendered. The day was celebrated across the world as ‘Victory over Japan’ (VJ Day).

Read a copy of the Tribute to The Millions (as read by the Lord Lieutenant in his video message) - text version on page 2:

Across the bank holiday weekend:

If you are on social media, share your Second World War stories, family histories and messages of remembrance using #VEDAY75 (Twitter link) to join the conversation.

Here you can listen to local piper, Steve Bozon’s, VE tribute as he plays Scotland the Brave. Steve is the Pipe Major with the Seaforth Highlanders Pipes and Drums:

To mark this historic occasion, Her Majesty The Queen will send a message to the nation at 9pm on BBC One, the exact moment her father, King George VI, gave a radio address in 1945.

His Royal Highness The Prince of Wales will read an extract from King George VI’s diary of 8 May 1945 which describes the day including The Royal Family’s iconic Buckingham Palace balcony appearances.

Members of The Royal Family, the Prime Minister and the Culture Secretary will take part in a series of video calls with Second World War veterans and those who served on the Home Front.

The official commemorations will begin at 11am with a national moment of remembrance and a two minute silence.

Other plans for the day include:

These events will be covered by the BBC who will be broadcasting special programmes between 2.45 and 3.45pm and between 8 and 9.10pm

How everyone can join in from the safety of their homes